The kids from Taylor Michigan went to Williamsport to win a championship, and that’s exactly what they did this weekend.

Michigan was crowned the 2021 Little League World Series champion after beating the team from Ohio 5-2. This wrapped up a 16 game run that lasted roughly two months. Michigan only had one loss during their LLWS run to Hawaii, but they bounced back to beat Hawaii a few days later.

The Tigers got in on the action when Michigan was crowned the 2021 LLWS Champion.

The LLWS normally features teams from around the world, but due to pandemic protocols, the 2021 tournament only featured teams from the United States. Don’t let that take anything away from the Michigan win though, as they were a powerhouse throughout the entire tournament.

The kids from Michigan and Ohio actually met in the Great Lakes Region Championship game where Michigan won 9-1. That made the intensity level of the rematch for the LLWS Championship reach a whole new level.

These #Dudes were fantastic and fun throughout! 〽️ #LLWS https://t.co/bFlyf2pyIC

Michigan took the lead in the first inning and never trailed throughout the rest of the game. The game never felt like it was a lock though, even into the top of the last inning. Ohio had runners on base and an outside chance to tie the game. That’s when Michigan pitching dominated once again, and the game wrapped up on a fly ball to center field.

I’ll never get over the skill that these 11 and 12 year olds play the game with. I grew up playing ball, and have coached baseball for more than a decade. Watching these kids play through a coaches eye is incredible. I know their coaching staff is beyond proud, along with all of us here in Michigan.

September Snow in Lower Michigan? Yes, It Has Happened

9 Famous People You Might Not Know Were Buried In Michigan

See If You Share a Birthday With a Rock Star 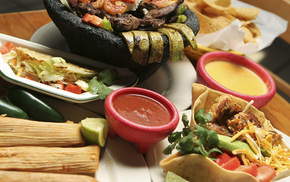 It appears that you already have an account created within our VIP network of sites on . To keep your personal information safe, we need to verify that it's really you. To activate your account, please confirm your password. When you have confirmed your password, you will be able to log in through Facebook on both sites.

It appears that you already have an account on this site associated with . To connect your existing account just click on the account activation button below. You will maintain your existing VIP profile. After you do this, you will be able to always log in to http://us103.com using your original account information.

Please fill out the information below to help us provide you a better experience.